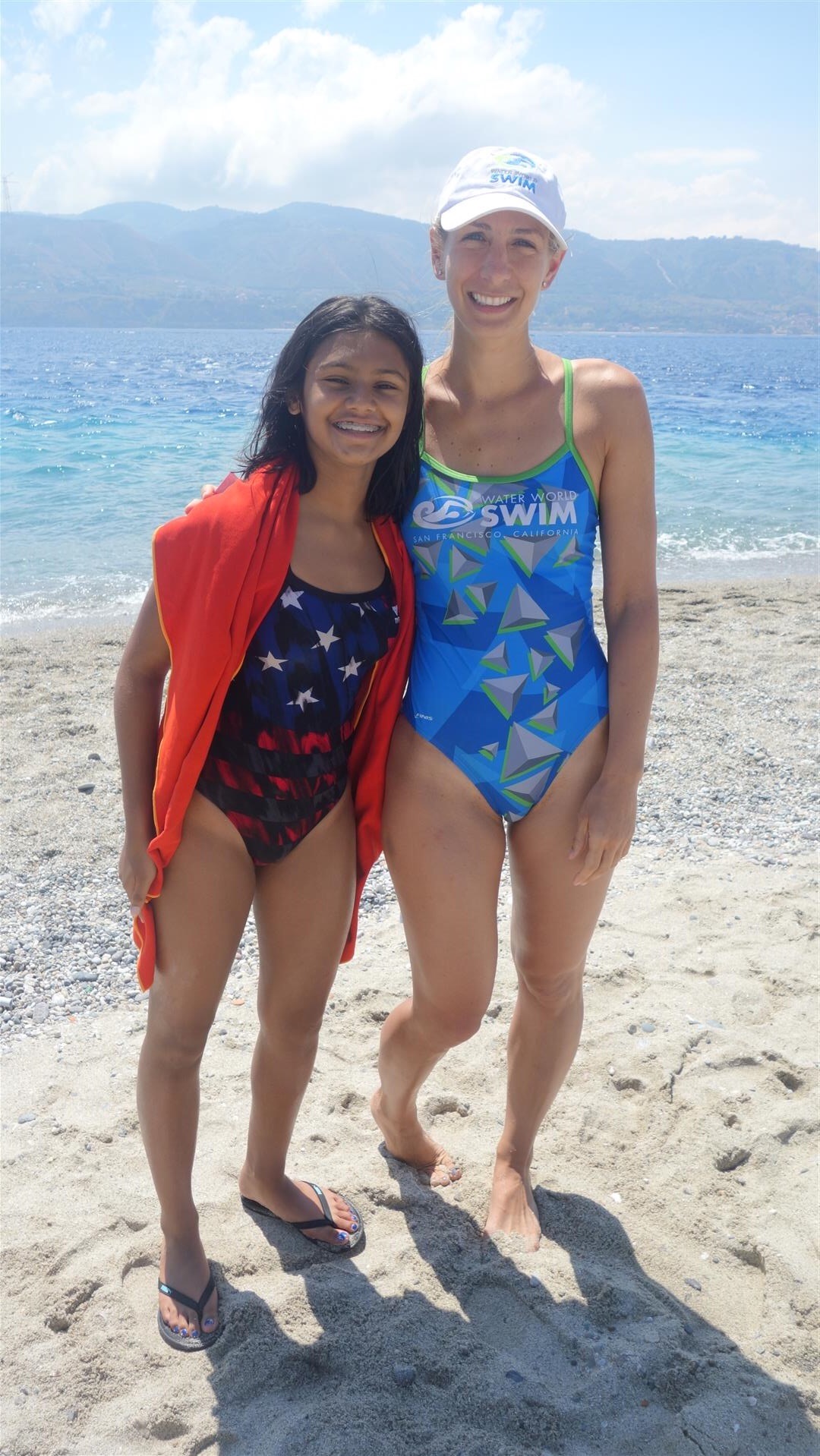 MESSINA, Sicily (Italy)—June 18, 2017—Water World Swim, the world leader in open water swimming, today announced Mitali Khanzode, a 15-year-old girl native to Sunnyvale, Calif., has successfully completed the swim of the Messina Strait. The 3.5Km (2.1 miles) aquatic traverse between the island of Sicily and mainland Italy took place on Sunday, 18 June, 2017, beginning around 8:50am local time, and took her 1 hour and 20 minutes while she faced rain, wind and challenging currents.

“Completing this swim was a dream of mine that has not yet completely set in. I’ve loved being an open water swimmer and this was an incredible opportunity to take on my first international open water event,” said Khanzode. “The best part of this swim was landing! I felt this immediate rush of exhilaration knowing that I set a world record.”

“I have been coaching Mitali since her very first swim in open water in the San Francisco Bay, and once again today, she made me proud,” said Coach Pedro. “After so many Alcatraz swims, expanding to international competitions and crossings is a huge milestone in her future both in and out of the water. The entire team worldwide is very proud of her.”

Five other Water World Swim members also challenged Scylla and Charybdis, the legendary Greek gods of the Messina deeps: Dominic Gallello of Los Altos Hills, Calif., Carola Khouri and her daughter Annika Khouri of Portola Valley, Calif., John Newberry of Surrey, UK, and Ricardo Arenas of Ecuador. Water World Swim made a donation for each swimmer to L'Aquilone Onlus, an Italian organization that introduces the love of the water to children with disabilities.

Khanzode just completed her freshman year at Basis Independent Silicon Valley in San Jose; she will spend the next few days touring Rome before returning to the U.S. on Wednesday, June 21. Please contact Water World Swim to arrange for interviews.

About Water World Swim
Water World Swim is the universal expert on open water swimming. With nearly 30 years’ experience tackling the biggest aquatic challenges on Earth, Water World Swim has helped unite the world through swimming by successfully guiding excursions across the San Francisco Bay, English Channel, the Strait of Magellan, the Bonifacio Channel and more. Lead by Head Coach Pedro Ordenes, who has completed more than than 900 Alcatraz crossings, Water World Swim provides a safe, guided, and fun environment for swimmers of all levels to uncover a lifelong and life-affirming love for the planet’s most exotic natural pools. For more information, please visit www.waterworldswim.com