Toltén Wolf Open Water Challenge is a high-level individual swimming test that consists of swimming a 13K downstream Tolten river. It starts from the town of Nueva Toltén to Caleta La Barra in southern Chile. On the finish line, you will see the union between the river and the Pacific Ocean as a beautiful landmark.
This event does not belong to any federation, but it follows the technical rules of the Chilean and international swimming federation.
On January 2018, Jonathan Jiménez created this event as a test where he swam from Caleta la Barra, testing himself as an endurance swim, which he accomplished in about 4 hours. One month later, another test swim was made with 6 swimmers.
On January 2019, It started the first official competition with 77 swimmers from Chile and Latin America, with a huge success.

·Medals for all finishers and medals for 3 first places
· Trophies for general champions men and female. 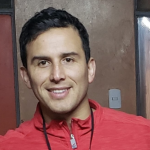 English teacher, Martial artist and open water swimmer, he had the idea to test how long it takes to swim downstroke the Tolten River. In January 2018 he made the first swim to Caleta La Barra only with one boat to support him, one month later, six more people were invited and also made it, so that was the last test to present to the world the first version of Tolten Wolf on January 19th 2019. 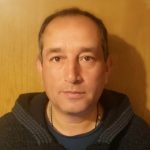 Patricio Saavedra Arias, owner of the Toltén tourism agency, active member of the national tourism network, math teacher and basketball coach. He founded this event alongside Jonathan, providing security support on the first test swims and will be in charge of all the security logistics on the 2020 edition.

Water World Swim, an organization founded  twenty years ago in San Francisco, California, by International Swimmer and Coach Pedro H. Ordenes.
We proudly are one of the sponsors of this event.
Water World Swim sponsors and supports swims in many parts of the world.  Chilean-born coach Pedro, together with his experienced coaching team and associates, is a great promoter of many of these great adventure swims and outdoor sport events in South America, for a better planet.